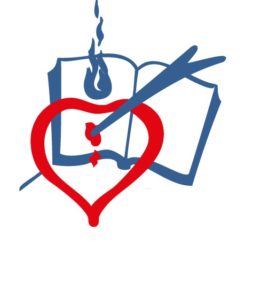 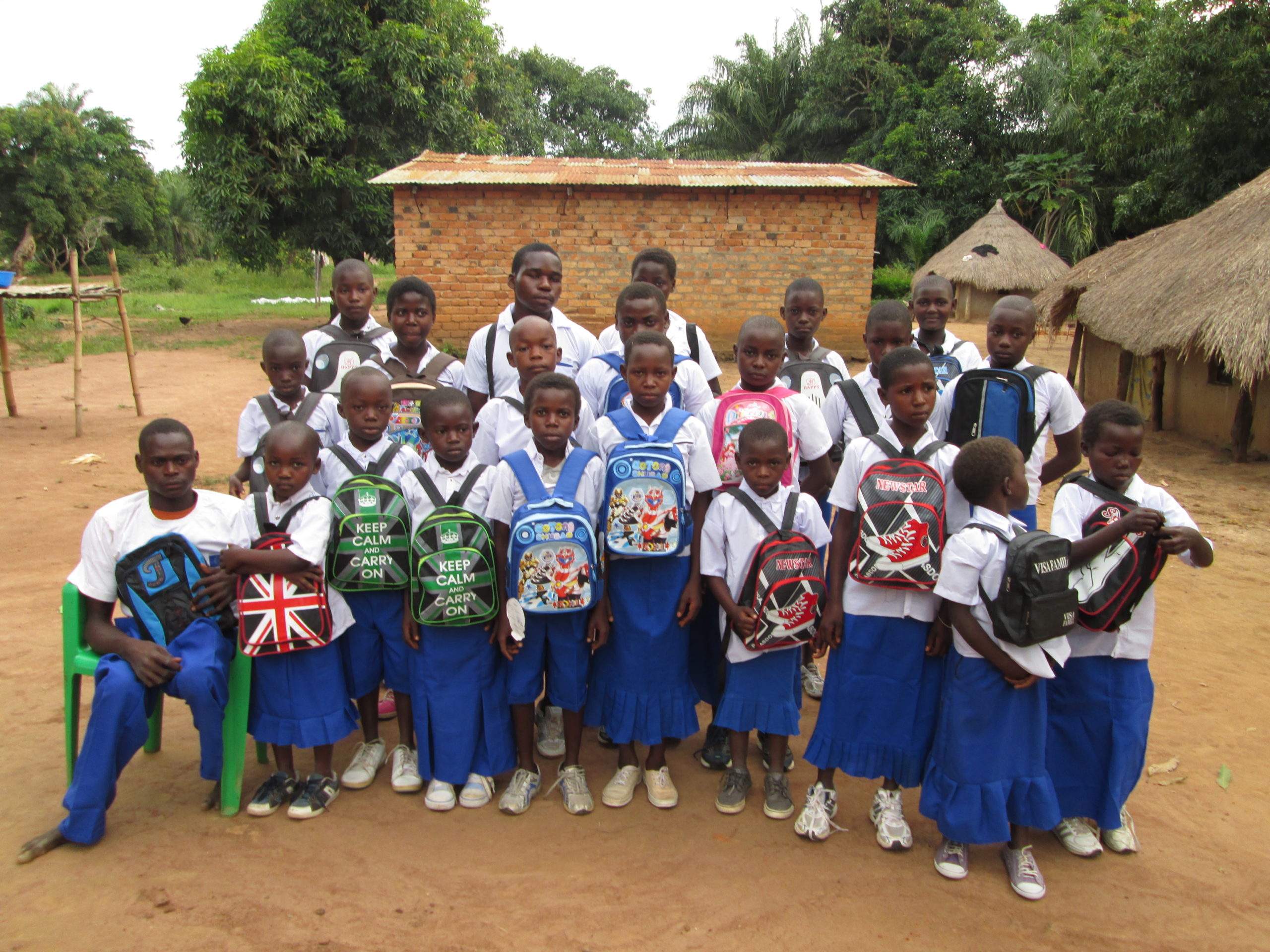 Something New for Easter | Clothing Drive

Are you going to be moving? Spring Cleaning? Replacing old clothes with new ones for Easter or simply have a closet full of clothes you don’t wear? Are you looking for a place to donate used clothes in Prague? For the next three weeks, the Religious Education program at St. Tomas will be hosting a Clothing Drive to benefit the homeless and kids in need in Prague. From Sunday March 3rd, til Sunday March 17th, we will be collecting new and used clothes, clean and in good condition (gently used). The clothes will be given directly to the St. Tomas clothing charity and children’s clothes will go to orphanages and families in need (see Fr. Juan for details). Please find collection bins in the courtyard of the Monastery under the English Community’s notice board on Sunday mornings. We welcome new and used children’s clothes, but there is a special need for adult clothing. This would be a great project to get your office, club, or school group involved in as well! Please contact Mary Beth Hlavsa at +420 724 485 930 (in English) or marybeth.hlavsa@prague-stay.com for details or to arrange possible donation pickups at times other than Sunday morning (for example from schools or companies).

Letter to Parents and to our Benefactors in Praha

Dear Parents and Benefactors,
First, I must thank you all for the many efforts, financial supports and your continued prayers. It is the mark of a good collaboration between you and our Augustinian Friars working among you in Praha. It is also a clear sign of your Christian commitment for those who are poor and needy, the poor of the poorest.
In this my letter (as the responsible for the project in Congo), I will follow three steps. First, I will recall the history of our Saint Riata’s center (“Centre d’Espoir pour les Abeilles de Sainte Rita”). I will also recall the history of the added project “War Children” in Dungu. Second, I will present the current situation of the project in Kinshasa, the project of war children in Dungu and the current situation in Congo. Third, I will tell you some ideas about our future collaboration.
I.THE HISTORY
A)   Saint Rita’ Center in Kinshasa
The Augustinian Center for orphan children in D.R. Congo opened its door on the 22 February 2005 under the responsibility of Father Guillaume Migbisiegbe, osa the prior of the Monastery. It has the following objectives: (i) to care for, to reeducate (school) and to spiritually form some orphan children under its care. (ii) to stand against any sort of violence against or among the children. (iii) to implement a peaceful atmosphere among the children. (iv) to provide food and medical care important for their growth. (v) to provide integral formation. (vi) to help join them with any parent who wish to adopt them.
The center was temporary closed in 2006 because of some administrative problems with the government authorities and by that time we sent the children of the center to some Christian families who were willing to care for them. We kept providing them the financial assistance coming from Praha for their studies.
Actually, most of these children have turned to adults. In one of my messages to you, I clearly stated that those who have turned adults should no longer be assisted, unless one is willing to undertake a university carrier. It is one of the main objectives of the center to reinsert the children in the society so that they may be able to care for themselves.
These are the names and identification of the children that have received financial support from our benefactors and parents from Praha and have turned to adults:

B)   War Children in Dungu

In 2009, when the Ugandan rebels of the Lord’s Army (LRA) stroke and started killing, raping women, children in the region of Dungu, I wrote a report to Father Juan, osa about these atrocities. Some women and men have come up and join their actions with us the Augustinians to try to care for and struggle for the education of those many children who have lost their relatives to the war. Some of these children are former sex slaves, child soldiers or captives of the LRA. The children of Dungu who have received the financial support sent by Father Juan are numbered to now to 42 children. There are many more who have no parents, no relatives and cannot of themselves afford for their own education.
II.THE PRESENT SITUATION
A)   Saint Rita’s Center in Kinshasa
Two years ago, we reopened the Saint Rita’s Center. Since we do not have enough financial possibility and also taking into consideration the fact that I was too busy with my work in the university, we decided for an opened center. This means that orphan children or those that are called here “Street Children” come every day to receive food and primary care once a day but they do not stay for the night. Only the extreme cases (like small babies thrown by their mother after birth) are cared for in the Center.
With your continued prayers and collaboration, we hope to enlarge the center and make it one of the better places for the orphan children.
B)   The War  Child project in Dungu
It is a difficult task to set a center or an orphanage in Dungu due to the rebels’ attack.  We fear that children can in any moment be kidnapped by the LRA. Many of them live in some families with good will for security reasons. The women association in Dungu led by Father Christian Ntibi, osa takes care of them and watch over their education (clothing, feeding, pencil, book notes etc…).
III.THE FUTURE OF THE PROJECT
The project is under the control of the vicariate of Congo. Twice a year, I will deliver a general report on the progress of the project to you via Father Juan, osa (probably around September and around Jun).
-Every adoptive parent who wishes to have a particular information or correspondence with his/her child is welcome.
You can write to me on these addresses:
Father Guillaume Migbisiegbe, osa
Prior of Saint Rita’s Monastery
Professor of the New Testament
Saint Augustine University
18e rue, n°2, Limete – Industriel
Kinshasa / D.R.Congo
Email: guillwamile@yahoo.com
guillaume_migbi@hotmail.com
Tel: 00243819005945
-Parents may also organize a trip to Congo to visit their children. Those who decide for a close adoption can let us know and work for needed official documents.
-Father Christian Ntibi, osa in Dungu can be contacted through these following addresses:
Juvenat Saint Augustin
B.P. 20 Dungu (via Isiro)
R.D.Congo
Email: mawanika@yahoo.com
Tel: 00243815452170

The Situation in Congo and other Challenges

A new rebellion named M23 has been ravaging the North-East of Congo. This rebellion is particularly worrying because this rebellion is supported by the Rwandan and the Ugandan governments. We fear that this rebellion can easily destabilize the all Congo and overthrow the government in Kinshasa.
-The flow of the refugees in Dungu (Northeast) brings hunger, diseases and other social problems.
-The spread of the deadliest hemorrhagic Ebola fever is raging in the region of Isiro and Dungu (more than 61 people are already dead).
-If our correspondences are often very late, it is due to either the problem of electricity supply or the internet connection.
The need of the project for the year 2012-2013
1)   School fees for the 42 war children in Dungu: 4410$ (each child 105$ per year).
2)   School fees for the 31 street children of Kinshasa: 3255$ (each child 105$ per year)
3)   Cloths for the 73 children both in Kinshasa and in Dungu: 3650$ (50$ per child and per year)
4)   Rice (3 bags of 50kgs/ 150$) for 12 months /1800$
5)   Other food components 1225$
6)   Medical care 1500$
Total: 15840$
Dear Parents,
I thank you very much for your commitment for the poor and your determination for the education of children in the forgotten world of Congo. May the Lord Jesus bless your families and your works. The Child Jesus, who knows the hardships and turmoil of children, will continue to cover you with His Holy Spirit so that you can always do good to the little ones of His.

Saint Thomas Parish has been helping the last few years with a project that the Augustinians’ missionaries have in the Democratic Republic of Congo. It is a project to help abandoned children in the street because their family has no economical possibilities to have them or they are children of the war, without parents. In Kinshasa there are more than 25 000 children in the street, without any education, some of them with sicknesses like AIDS and those that proceed from no hygienic condition.
The Augustinians opened a centre called St. Rita that tries to help these children. The priest responsible for the centre is P. Guillaume Migbisiegbe, OSA. But the centre was closed down as a result of civil unrest. So now the children are in smaller Augustinian orphanages and with adoptive parents. Some of these families already have 8–10 of their own children. St. Thomas parish helps to pay school fees for these children.
The cost of school fees and stationery for one child is €37 (about 1000 CZK) per year.

Situation of Congo Children in 2007

Some of them are suspected of having HIV. Their health is not really good enough. Others enjoy of good health though they face fierce poverty in the different families they live in. Any benefactor will think of an additional donation for clothes and other tuition fees and medical care. Apart from the school fees problems, the children are facing the problems of clothes, toys, and health care facilities. In the name of all the families who take care of the children in Kinshasa, I thank you very much for your compassionate contribution to the future of these children.
P. Guillaume Migbisiegbe, OSA